Incapacity is when a person is either under the age of 18 or is unable to provide food, clothing, shelter, or unable to manage their business and financial affairs.  Guardianships are frequently created when difficulties present themselves in an individual’s life and his or her ability to deal with life’s affairs is hampered or non-existent.  A family member, or in some cases, a qualified individual can petition the court system to appoint someone to manage the incapacitated individual’s matters.

What is a Durable Power of Attorney?

END_OF_DOCUMENT_TOKEN_TO_BE_REPLACED

What is Exclusive Use and Possession?

END_OF_DOCUMENT_TOKEN_TO_BE_REPLACED

What is a Statute of Limitations?

The term “Statute of Limitations” refers to a law that limits the period for which one may file a lawsuit.  This time period will typically vary by state and the type of suit that is being filed. For instance, the period of time for filing suit for a wrongful death claim may be different from the period of time one has to file for a trespass suit.  Federal law normally controls Statute of Limitations Periods for cases decided based upon federal law.

How Far Back Can One Be Assessed in Determining Child Support?

END_OF_DOCUMENT_TOKEN_TO_BE_REPLACED

What is Domestic Violence?

END_OF_DOCUMENT_TOKEN_TO_BE_REPLACED

There may be some negative stereotypes that are associated with Prenuptial Agreements.  Typically, neither party wants to detract from the blissful atmosphere typical prior to a wedding.  However, a Prenuptial Agreement can also help preserve a marriage.  This is because there is certainty as to how things will terminate should the marriage not last.

The thought alone of creating a prenuptial agreement can cast a negative light upon a wedding.  To some, the contemplation of a prenuptial places a negative light upon wedding preparations and the future of the relationship.  Having to plan for divorce is an admission that a relationship is not permanent.  That said, it is far better to deal with the details of how a relationship is going to end (should it end) while a couple is reasonable and loving compared with being negatively affected by the hostilities and uncertainties of divorce.

In Florida, there are several types of alimony that courts may consider.  There are factors that affect the amount of alimony that can be provided for such as, length of a marriage, the equality of earning ability between the spouses, and the assets that a court must divide.  Florida law creates a rebuttable presumption against permanent alimony when a marriage is 7 years or less, which under the Florida Statutes is defined as a short term marriage.  However, there is a rebuttable presumption for permanent alimony awards in marriages that are long term (greater than 17 years).  Moderate term marriages are defined as between 7 and 17 years and no presumption exists.

END_OF_DOCUMENT_TOKEN_TO_BE_REPLACED

It is important to know your rights following a divorce.  The final judgment of dissolution and the parenting plan determine the legal playing field for the future.  However, most issues are dynamic.  Children get older and their schools change and sometimes their relationship with parents change.  Incomes change, which can directly impact child support and people sometimes desire to relocate where child custody can be an issue.  There are a myriad of circumstances that should be re-evaluated following divorce.

In Florida, the standard used to file an action to modify a final judgment is that a substantial change in circumstances occurred that was not anticipated at the time of entry of the final judgment.  It does not always make practical sense to file an action to modify a final judgment just because a party can do so.  The relationship that a party has with a former spouse is important, especially where children are involved.  Every time a party considers filing a supplemental petition (this is the instrument filed requesting modification of a final judgment), one should consider how such will impact their relationship with their former spouse and other legal consequences.  I frequently have parties coming to me that wish to file for a modification.  I typically find that they have only evaluated a part of the effect of seeking a modification.  For this reason, it is imperative that one review the ramifications of an action for modification with an experienced family law attorney.

Although a divorce is designed to deal with all of the legal issues concerning dissolution, the reality is that there are sometimes issues that are left unresolved.  On occasion there are assets that neither party put on their financial affidavits that require addressing post dissolution.  One example of such an issue involved a divorce of a long time married couple in which neither party included the child’s prepaid college fund account on their financial affidavit.  The fund was cashed out by the Father/Former Husband after the divorce without permission from the court or the Mother/Former Wife.  Since the asset was not listed on either party’s financial affidavit, the judge considered the asset marital property and ordered the Former Husband to pay back one half of the funds post dissolution.

END_OF_DOCUMENT_TOKEN_TO_BE_REPLACED 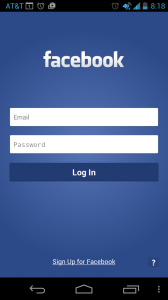 Social media has become an everyday part of life for many people, including Florida residents.  Oftentimes, conflicts between people begin on social media platforms.  Other times, issues begin in the “real world”, but are carried out in forums like Facebook and Twitter.  Recently, I encountered a situation that falls into the latter category.  Most Jacksonville injunction and family lawyers are all too familiar with the story of the old spouse  and the new spouse having issues with each other.  Petitions for injunctions or restraining orders end up being filed in many cases.  Physical violence is not always what prompts the petitions being filed.  When the feud manages to stay verbal, rather than become physical, the next best way to elevate the conflict for many is often to turn to social media.  Mean and nasty things are said, sometimes even threatening things, with a very large social media audience watching and weighing in themselves.

So what happens when one person harasses, stalks, threatens, or cyberstalks the other on Facebook, Twitter, Instagram, etc…?  If both parties live in Florida, the answer is simple: an injunction petition or a petition for a restraining order may be filed.  Florida laws allows for the petition for protection against stalking to be filed in the Florida county where the defendant lives or in the county where the action accrues , meaning the place where the acts are committed.  Florida Statute 784.0485 creates a cause of action that specifically allows an individual, or an adult on behalf of a child, to file a petition for protection against stalking.  The petitioner, through the petition for a protective order, will ask the court to order the violator to have no contact with and stay away from the petitioner.  The court will weigh the evidence and make a decision whether to grant the request for an injunction.  However, when the conduct that is complained about takes place entirely on social media, like Facebook or Twitter, the court may have more of an issue when determining whether the injunction should or can be issued if the violator is a resident of another state.

END_OF_DOCUMENT_TOKEN_TO_BE_REPLACED

An order to show cause is a type of court order that requires one or more parties in a court proceeding to come to court to justify, explain, or prove something to the court. Typically it means the Judge in a case needs more information before he or she decides to do something. For example, in a divorce, at the request of one parent a judge might issue an order directing the other parent to appear in court on a particular date and time to show cause why the first parent should not be given sole physical custody of the children.

Other examples of an order to show cause in a family law context would be when one parent has not been paying court ordered temporary child support while a case is pending. One party may petition the court to find the other party in contempt. The court may issue an order to show cause to find out if the allegation is true and ascertain why the party is not paying support. Perhaps the party is was in the hospital and was not able to work. The judge can then make an informed decision regarding the order and issue an appropriate sanction or no sanction at all.

If you are on the receiving end of a notice for an order to show cause, it is not something to set aside or ignore. You may wish to contact a family law attorney to assist you in protecting your rights. If you have such an order in hand, or have any questions regarding any other legal issue, give Law Office of David M. Goldman a call at 904-685-1200.