In 2009, a 14 year old girl was raped in Massachusetts and became pregnant.  Her attacker, Jaime Melendez, pled guilty to rape charges and was sentenced to 16 years probation.  He was also brought into family court and ordered to pay $110 per week in child support, according to a paper published by the American Bar Association.  It was bad enough that the sentence was only 16 years probation.  Later, Melendez sued the victim in order to have visitation with the victim’s child since his parental rights were still intact.  Melendez felt that if he was going to pay child support, he should be allowed to spend time with the child.

Many states have laws that restrict the rights of a father that produces children as a result of a sexual assault.  Of these states, nearly none terminate the rights of the rapist outright without the victim making some sort of effort.  Parental Rights termination is something that should be considered carefully, but this is probably an instance where termination of parental rights should be simple and easy to accomplish.

END_OF_DOCUMENT_TOKEN_TO_BE_REPLACED 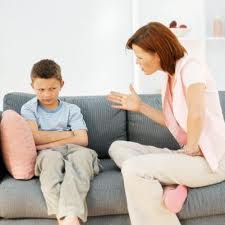 END_OF_DOCUMENT_TOKEN_TO_BE_REPLACED

One child support issue that comes up sometimes is created by the scenario where the parent that has the child the majority of the time is not working. This issue comes up a lot more in paternity cases, but can be present in a divorce case, as well. Chapter 61, Florida Statutes and case law control how child support is handled. Florida law allows for income to be imputed to a person that doesn’t have a job or other source of income. The person paying support often is bothered that he or she is required to work and pay child support, while the recipient of child support sits at home and does nothing. In this situation, the court will sometimes treat the non-working parent as if he or she was working and use money that could be earned working 40 hours per week at minimum wage. Income can also be imputed to the person required to pay child support, even if he or she has no actual income.

Child support is based on a formula where each person’s earnings are used to produce an appropriate child support amount. So a parent without employment will be treated as if he or she is earning approximately $1300 per month in net income, rather than using $0 as his or her monthly income. Normally, this will decrease the amount of support due from the person paying child support. However, Florida law also allows the court that is imputing income to a non-working parent to consider what, if any, amount child care would cost in order for the person to work full time. The cost of childcare is high, and it will increase the overall child support number.

END_OF_DOCUMENT_TOKEN_TO_BE_REPLACED

Technology plays a major role in divorce cases.  Technology, particularly social media apps like Facebook, Tinder, and even text messages, are coming up as issues.  Sometimes, the use of technology is the cause of the divorce, while other times technology provides evidence to be used in divorce litigation.  It is estimated that as many and one-third of divorce cases around the country mention Facebook.  Many states are “fault” states when it comes to divorces.  In these states, divorce lawyers will use evidence of adultery committed using technology to be the justification for divorce.  Florida is a “no-fault” state when it comes to divorces.  What this means is that there doesn’t have to be a reason for the divorce in Florida, other than the marriage is “irretrievably broken”.  As long as one of the parties no longer want to be married, a divorce can move forward.  Florida divorce lawyers typically will use information gathered via technology to present evidence to the court for various reasons, but its use to justify a divorce is not needed.

As a Jacksonville divorce lawyer, I see text messages used most often as evidence for or against a party to a divorce case than any other form of technology.  The text messages are introduced regarding all types of divorce issues.  When a party is in the middle of litigation, it is a good idea to be careful about the messages sent via text or some other media, such as Facebook Messenger.  The things that are posted on social media should be selected carefully, as well.  For instance, if one party states that he or she has no means of income at all and is looking for spousal support, but makes posts on Facebook advertising the operation of a business, this can be harmful to that party’s position.  Other examples are where parents are litigating over custody of children.  Having evidence that one parent has made efforts to let the other parent visit with the children, despite claims that no such efforts were made can be helpful.

Many various of the issues involving technology and its use for or against a party can come about.  The rules of evidence will play a part on what can be used and what cannot be used in the case.  Contacting a Jacksonville divorce lawyer early on in the process will help ensure the best possible outcome in your case.  For more information on divorces in general or to schedule your free initial consultation, call us today at (904) 685-1200.