Not only will Florida perform same-sex marriages, but there is no method for a legally married same-sex couple who has moved to Florida to obtain a divorce in Florida courts.

Same-sex marriage is not recognized in very many states, but evidence is showing that people are increasingly receptive to allowing same-sex marriage. With any marriage, things can go wrong, and divorce is sometimes necessary.

Unfortunately, those states that do not recognize same-sex marriage generally do not recognize same-sex divorce (this includes Florida). This is because granting a same-sex couple a divorce is basically a legal recognition that the couple was married in the first place — something these states aren’t ready to accept. If you are in one of these states, getting a divorce might require establishing residency in a state that recognizes marriage, meaning you’d have to move to that state for six months, a year, or even more.

END_OF_DOCUMENT_TOKEN_TO_BE_REPLACED

As a Jacksonville LGBT Lawyer, I receive many calls from gay and lesbians who are ending their relationships, with no formalized seperation documents in Florida that dictate what happens to jointly owned property. This issue becomes more complicated when real property is involved.

Same-sex couples do not have the inherent safeguards of the law which benefits opposite-sex or heterosexual relationships in a legal marriage as defined in Florida law.

The best advice would be to consult with a Ponte Vedra Law Firm as to how real property, other property purchased together and financial accounts should be titled, managed, and protected.

END_OF_DOCUMENT_TOKEN_TO_BE_REPLACED

Florida same-sex couples who are raising children together or are planning to either adopt or use donor insemination should consult with an Orange Park Law Firm practicing in gay legal issues.

Florida same-sex parenting issues are an evolving area of law. The question about the legal parentage of a child can be the most important question in a couple’s relationship, as well as having significance to the child.

Should an Orange Park same-sex couple break up, only the legal parent will be entitled to custody and visitation, and only they are legally responsible for the care and support of the child. This can have a profound and detrimental effect to not only the non-legal parent, but the child as well.

END_OF_DOCUMENT_TOKEN_TO_BE_REPLACED

With the recent legalization of gay marriage in New York, gay rights activists are pushing for similar laws in other states. It appears such laws are increasingly likely; however, there is one aspect many people overlook: divorce.

Though this is not exactly a positive topic, it is nevertheless something to consider before traveling to another state (or to Canada) to obtain a gay marriage. Each state that recognizes gay marriage also recognizes divorce. Conversely, states that do not recognize gay marriage will generally not grant a gay divorce.

This is a problem for those couples who are not residents from the state or country in which they legalized the marriage. Those states that recognize gay marriage require residency for anywhere from 6 months to a year before granting a divorce. This leaves many same-sex couples with no way to legally divorce, unless they move to the state of their marriage.

END_OF_DOCUMENT_TOKEN_TO_BE_REPLACED 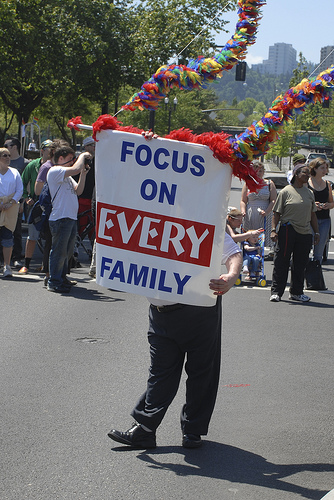 The Jacksonville Gay and Lesbian community knows first hand that the legal process moves slow. Florida was after all, the last state to rule that the ban of adoption by a gay or lesbian person is unconstitutional. So, every baby step when dealing with the everyday issues and recognition towards equality, is a step in the right direction.

This month the Wyoming Supreme Court has ruled the state’s courts have jurisdiction to grant the divorce of a same-sex couple who were legally married in Canada. There were, of course, limitations to their decision. However, every recognition of the status of same-sex couples (even when getting a divorce) helps.

To learn about ways that you can protect your Florida same-sex relationship, contact a Jacksonville LGBT attorney.

END_OF_DOCUMENT_TOKEN_TO_BE_REPLACED

Gay, Lesbian, Straight, Black, White, Whoever you are . . . we All do things we regret, including breaking Florida law. However, there are often times when gay or lesbian people are judged and convicted for none other than just their gender identity and/or sexual orientation. No one deserves to be judged in this way.

Whether your crime is a minor infraction or something more serious, you deserve an experienced criminal defense attorney who will not judge you for who you are but will counsel you for what violation you have committed. Review our Criminal Defense Blog which will provide you with interesting articles about criminal law. 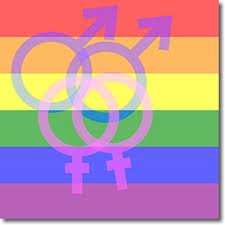 Legal progress, although slow, continues for gay and lesbian individuals and same-sex couples in Florida and all over the country. The entertainment industry has had and continues to express sentiments about gay and lesbian issues through their characters in prime time television shows, in movies which focus on gay relationships, and in music.

The movie “The Kids are all Right” depicted a same-sex couple who had 2 children through a sperm donor, and the ensuing complications that arose when the sperm donor was identified. Most recently, a renowned bestselling author has released a new novel.

“Sing You Home” written by Jodi Picoult is a book about the challenges that same-sex couples face when marrying and adopting. It is encouraging to know that the difficult issues faced by same-sex couples are being explored and shared through a “mainstream” author. This St. Augustine Family Law Attorney looks forward to reading this book.