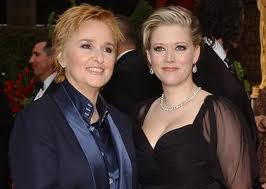 Melissa Etheridge, singer of the hit 90s song “I’m the Only One” and fresh off the release of her new album, Icon, is still in the depths of her legal battle with her former domestic partner. Their current dispute centers around their children, who are 5-year-old twins.

Originally, the court ordered Ms. Etheridge to pay Tammy Lynn Michaels $23,000 a month in child support. As this is more money than many people make in a year (the poverty level for a family of three is $18,530), most people would think $23,000 a month would be sufficient. Ms. Michaels, however, is asking for an increase. She claims she can’t survive on this amount and is requesting an increase to $128,000 each month.

Ms. Etheridge has responded with several accusations of why her former partner should not be granted the increase, even accusing Ms. Michaels of accidentally burning one of the children with a cigarette. She has asked the court for 50/50 custody and for an order requiring neither of them smoke around the children.

While it is easy to scoff at the enormous amount of money involved in this case, it’s important to remember the personal aspect of it: here are two people who used to have a great relationship. They have children. Now they’re engaged in a very public debate over which of them will retain the majority of time with the children.

Divorce issues are never easy, even if you are an award-winning artist like Melissa Etheridge. Perhaps her position allows her a wider support group, but no matter who you are, it is important to surround yourself with people who understand what you are going through. This is especially important when children are involved. You need to worry not only about your own wellbeing, but also that of your children.