It’s only natural that when a step parent has been a major father or mother figure in a child’s life that the subject of adoption comes up.  It makes official what has already been a reality for quite awhile.  How complicated is step parent adoption in Florida? 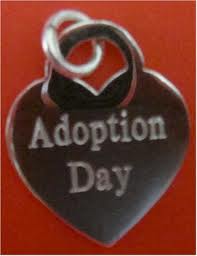 Under Chapter 63, Florida Statutes, consent of the parent is required but the court may waive the consent of:

END_OF_DOCUMENT_TOKEN_TO_BE_REPLACED

According to recent census data and other studies, the number of children being raised by lesbian and gay parents is increasing rapidly. This increase is evidenced not only throughout the country, but at home in Florida as well. The conflicting laws of the various states as to the legal recognition of same-sex parenting rights present not only complications but is fraught with legal challenges.

A nagging question is what happens when same-sex parents become parents in one state, but then move to a state that does not provide the same protection to the parties parent-child relationships?

The 2009 Florida case Embry v. Ryan (11 So. 3d 408, Fla. 2nd DCA) examined this issue involving a same-sex couple who became parents while living in Washington State, and then moved to Florida. While living in Washington, one of the partners gave birth to a child. A few months later the other partner adopted the child. After moving to Florida, and 4 years after the birth of their daughter, the couple broke up. The former partners initially entered into an amicable visitation and custody agreement, which lasted for approximately 3 years. However, like many relationships, their relationship became strained. The birth mother then refused to let her former partner have any contact with the child. Litigation ensued.

END_OF_DOCUMENT_TOKEN_TO_BE_REPLACED

Lawyers representing same-sex couples wanting to adopt in Maryland file in the favored jurisdiction of Baltimore City Circuit Court. Although more and more Maryland circuit courts are granting adoptions to same-sex couples, lawyers who focus their practice on gay families will recommend filing in a friendly jurisdiction. Read more on this article at Baltimore Court: A magnet for Same-Sex Parents.

The topic of civil rights for gay individuals and families have sparked debates throughout the country, as in Maryland, where the General Assembly is expected to take up same-sex marriage again next year; and in Florida, where an appeals court struck down a ban on gay adoptions last year.

Conservative groups nationwide have criticized judicial activism contending that children should be raised in families with a mother and father. But gay and lesbian advocates point to the medical community. The American Psychological Association disputes the claim that children are more successful when raised by heterosexual parents. The American Medical Association also supports adoption by same-sex couples.

END_OF_DOCUMENT_TOKEN_TO_BE_REPLACED

Florida same-sex couples who are raising children together or are planning to either adopt or use donor insemination should consult with an Orange Park Law Firm practicing in gay legal issues.

Florida same-sex parenting issues are an evolving area of law. The question about the legal parentage of a child can be the most important question in a couple’s relationship, as well as having significance to the child.

Should an Orange Park same-sex couple break up, only the legal parent will be entitled to custody and visitation, and only they are legally responsible for the care and support of the child. This can have a profound and detrimental effect to not only the non-legal parent, but the child as well.

END_OF_DOCUMENT_TOKEN_TO_BE_REPLACED How time flies, it was October 22, 2010, when the Martin Gill decision held Florida’s ban on gay individuals adopting unconstitutional. A great victory for all Floridians and all people. Despite this win it is still crucial for same-sex parents of children to review their current estate planning documents, such as Wills, Trusts, Pre-Need Guardianship papers, Powers of Attorney and Designation of Health Care Surrogates. If you have never executed these type of legal documents, the time is now.

Individuals who are in a same-sex relationship, but who are NOT the legal parent of their “children” need to consult with a Family Law Attorney who is sensitive to the issues of gay and lesbian couples with children. There are documents needed to protect not only your relationship with your same-sex partner, but with your non-biological and non-legal kids.

The Florida court case which has allowed the LGBT community to adopt is just the beginning, however, despite this win, it is still important to consult with a LBGT friendly law firm to ensure that your rights and those of your family are protected.

END_OF_DOCUMENT_TOKEN_TO_BE_REPLACED

Many Orange Park Same-Sex Couples are raising children, yet only one partner is the legal parent. Will the preparation of estate planning documents suffice to protect your “non-legal” children. A few issues to consider are the following:

Further, although the non-legal parent may provide for their children in their Last Will and Testament, a Will can, and often is contested by family members, especially when they are not 100% on board with the same-sex relationship.

END_OF_DOCUMENT_TOKEN_TO_BE_REPLACED

An adopted child is entitled to financial benefits, inheritance rights and Social Security benefits from both parents. However, children being raised by same-sex parents are at a disadvantage if there is no legal relationship between the children and both parents. For example, the child’s biological parent may not have health insurance to cover the child, but the non-legal parent does. Further, employees that offer domestic partnership benefits may not cover the non-legal child of the employee.

If the non-legal parent dies, the child cannot receive surviving dependent benefits from the Social Security Administration. This can be financially detrimental to the child[ren], especially if the deceased parent was the family’s primary wage earner.

END_OF_DOCUMENT_TOKEN_TO_BE_REPLACED 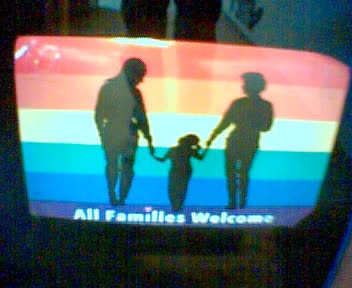 There are many St. Augustine same-sex couples who are raising children with only one legally recognized parent. In a monumental Florida court ruling which overturned the ban on gay adoption in September 2010, the court reported that scientific evidence overwhelmingly supports allowing gay people to adopt, and that “the best interest of children are not preserved by prohibiting homosexual adoptions”.

If a same-sex partner has no legal rights to a child he/she is raising, despite any legal documents drawn up naming that person as a child’s guardian, the legal rights are not the same as that of legal parent.

If you are in a similar situation and would like to talk about adopting the kids you are already raising, call a St. Augustine Adoption Attorney who would be happy to discuss with you adoption as well as other legal documents available for you, your partner and your children.

Prior to the ruling, social workers often did not ask about the sexual orientation of an adopting parent, which meant some gay Floridians were adopting children under the radar. However, even with this option gay couples could not obtain the same legal rights as straight couples in the same situation, such as custodial rights in the event the adoptive parent died. The court’s ruling, however, means gay couples can legally adopt and have many of the same custodial rights as straight parents.

There are many things a gay couple should consider prior to adopting a child of their own. For example, the current court ruling is relatively young and will likely be challenged in other courts or the Florida legislature. Additionally, the media may be interested in your adoption and you may find yourself with unwanted attention. If you are interested in growing your family, contact a Florida LGBT Lawyer or a Jacksonville Family Law Lawyer to discuss your options. 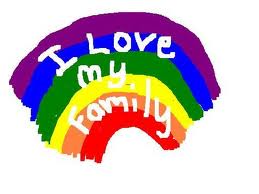 Florida same-sex couples that want to adopt, the movement is on. The Arkansas Supreme Court recently ruled that the state’s ban on adoption and foster parenting by any person cohabiting with a sexual partner outside of marriage is a violation of the Arkansas Constitution.

As in Florida, the best interest of the child criteria was the focus. The Plaintiffs in the
Arkansas case involved:• a lesbian couple adopting a special-needs child;

• a lesbian grandmother wanting to adopt a grandchild, currently in state care;