Equitable distribution of assets in Florida divorces can be a complex and divisive issue.  Regarding trusts and divorces, you can walk a fine line between a marital asset and a non-marital asset.  Enhancement in value and appreciation can be a marital asset in certain situations.

Oxley v. Oxley, 695 So.2d 364 (Fla. 4th DCA 1997) is a case that is especially relevant regarding a person placing their property in a revocable trust with themselves as trustee, hiring a financial manager to make the daily investment decisions, and thereby protecting themselves from the Florida Statute § 61.075(6)(a)(1).  This section provides marital assets and liabilities to include the enhancement in value and appreciation of non-marital assets resulting either from the efforts of either party during the marriage or from the contribution to or expenditure thereon of marital funds or other forms of marital assets, or both.  Meaning, technically, a non-marital trust’s appreciation of value could be considered marital property unless specific requirements are followed.  Oxley spells out how to avoid appreciation being considered in the dissolution of marriage. 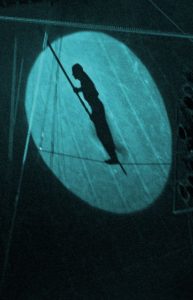 In Oxley, the parties’ marital income was primarily from trust distributions to the husband which he supplemented with a salary taken as president of a family holding company.  The trust is revocable and was established prior to the marriage by the husband that provides that all income is payable to husband.  The investment decisions for the trust was made for the husband’s exclusive benefit by the trustee based on the advice of the husband’s father and brother.  It had multiple, active investments such as several working oil wells.  On one occasion the husband invested $400,000 of trust funds through a separate money manager.  At the time of the marriage, the trust was valued at $2 million and then increased to $7 million at the time of dissolution; and the increase was attributable to undistributed income that has accumulated during the marriage and upon which he paid personal income tax.  The trust also owned and paid the expenses on the marital home.  The husband also owned 50% of a corporation found to be a gift (technically purchased for a nominal amount) from his father.  As company president, the husband’s activities were largely ministerial and ceremonial, and he left the management and investment decisions to others.  The trial court in Oxley ruled that the trust, including the undistributed income, were non-marital assets, which significantly limited the wife’s equitable distribution.

The appellate court’s decision was whether the trust and corporation, that were initially non-marital assets, lost that status as to the income produced from undistributed money or as to the increased asset value during the marriage as a result of the husband’s limited role regarding each.  The appellate court upheld the trial court’s decision that the corporation had not increased in value due to the husband’s marital effort, labor, or income and was a non-marital asset.  The increase in value resulted from selling off property and management activity performed by others for the husband’s benefit and with his consent.  If it had been performed by the husband, then the appreciation would be marital property.  The Oxley court held that the increased value of a non-marital asset is generally found to be a marital asset where there is commingling, or expenditure of marital funds involved or where the asset has appreciated due to the marital efforts of a party and not simply due to passive market forces.  The court analyzed “marital effort” and found that the increase in value was not due to the husband’s contribution or effort.  A spouse’s labor contributing to the enhanced value of a business would make it marital property, but delegating decision-making and management activity would insulate the increase in value of non-marital assets from attack under a dissolution.

Equitable distribution in a dissolution of marriage requires an experienced Jacksonville family law attorney to navigate assets and liabilities.  Contact the Law Office of David M. Goldman, PLLC for a consultation.