The Florida Supreme Court, on March 30, 2017, issued an opinion in Hooker v. Hooker, 220 So.3d 397 (Fla. 2017) finding a Florida horse farm and a New York summer home interspousal gifts and, therefore, subject to equitable distribution as marital property despite a prenuptial agreement in existence.  The prenuptial agreement provided that, upon divorce, each party would retain his or her premarital assets and any appreciation of those assets. Both parties had independent sources of income from family inheritances and they maintained separate finances throughout the marriage.  The parties were married for 23 years. 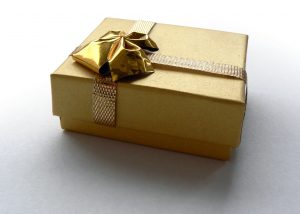 The Florida horse farm, “Hickstead,” was purchased in 1989 and the Hickstead deed listed “Alice I. Hooker Trust FBO, for the benefit of, Timothy I. Hooker” as the grantee.  Husband and Wife signed the mortgage on Hickstead.  When Hickstead was purchased, it was vacant land and it later became through the course of the marriage a working horse farm with 16 stalls, etc. and the marital home in one wing upstairs and the other wing was the staff apartment.  Wife was “extremely and directly involved in all aspects of the Hickstead residence which was the family’s primary home for approximately 20 years,” according to the findings of the trial court.  Wife was not limited or restricted in any way from incurring the costs and expenses of maintaining and operating a family home at Hickstead, from the Husband’s assets. Wife was provided unfettered access to the stables and horses to pursue her lifelong passion.

The New York summer home, “Lake George,” was purchased in 1997 and was titled only in the Husband’s name and only Husband signed the mortgage.  It was purchased, built and maintained as a summer residence for the family.  The Husband paid the expenses for Lake George with his independent funds and Wife was never a signatory on that account and never had access to that account. However, the Husband sent Wife a card for their tenth wedding anniversary with a picture of the property after the Wife had expressed a desire to have a home up north and both parties searched for a suitable property.

After extensive testimony from the parties and their respective forensic accountants, the trial court found that the properties should be considered joint marital assets of the parties in equitable distribution because they were considered joint marital assets by the parties as they lived and raised a family in these assets.  The trial court found that although the Husband paid for these properties, he testified that he did not tell the Wife “one way or the other” whether she owned these marital residences.”  The court found from “the conduct of the parties, including the conduct of the Husband” that there was a presumption that the parties intended to hold these residences as marital assets and found that the properties were interspousal gifts from the Husband to the Wife.  The trial court recognized that the Husband owned other pieces of real property that he treated differently from Hickstead and Lake George, or less like interspousal gifts, and were treated like the joint family property of the Wife.  The trial court concluded that Husband’s actions substantiated donative intent with respect to the properties.

Determining a marital asset is not which party holds title to the asset but determined from a variety of factors.  An interspousal gift is a marital asset and can be established by showing:

(2) Delivery or possession of the gift, and

(3) Surrender of dominion and control of the gift.

The Supreme Court found that Husband formed Hooker Hollow, LLC in 1997, whose purpose for creating it was to turn Hickstead into a corporation and transfer part of the title to another entity.  Only Husband was listed as the seller, but both parties signed the warranty deed transferring title of Hickstead to Hooker Hollow and Wife signed closing/sale documents. Hooker Hollow was an entity created during the marriage to hold the asset which is the Hickstead marital home and Hooker Hollow is a marital asset.  That same year in 1997, Husband sold a half interest in Hooker Hollow to Trelawny Farm and the principal of Trelawny Farm exercised the buyout option and purchased Hickstead in 2010.  Husband had no intention of sharing with Wife the proceeds of the sale and Wife filed for divorce.  Husband was found, through his conduct and inaction and the conduct of both parties, to have established a donative intent, delivered or given Wife possession of an interest in Hickstead, and surrendered dominion and control of the property to the Wife as an interspousal gift.  The transfer of Hickstead through Hooker Hollow was also a significant indication to the court of donative intent.  The Supreme Court noted that all of these factors comprehensively indicated an interspousal gift, but taken alone, each factor would not have supported an interspousal gift.

The Supreme Court found that Husband’s donative intent was “clear and unmistakable” as a gift to the Wife regarding the Lake George property.  There was evidence of an interspousal gift when Wife obtained the keys to the property and began to possess the property as her summer home according to the intention of the Husband.  Wife had unfettered access to the home and made decisions on care and maintenance of the property with the ability to incur expenses on behalf of the Husband, which evidenced the Husband’s surrender of control to her.

Equitable distribution and marital assets can be confusing to navigate.  Contact an experienced Jacksonville family law attorney at the Law Office of David M. Goldman, PLLC for a consultation.