Equitable distribution in Florida during a divorce can be a frightening prospect.  What are the rules regarding distribution of assets of a trust in a divorce?  Does the divorce court have the authority to distribute trust assets? 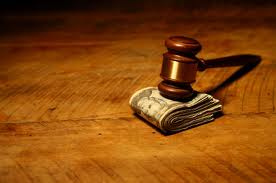 The appellate courts in Florida have addressed this issue.  The appellate court held that without consent from all beneficiaries to the trust, the trial court did not have the authority to distribute any asset of the trust.  See Sylvester v. Sylvester, 557 So.2d 599, 600 (Fla. 4th DCA 1990).  In Sylvester, the court held that the trial court’s finding that the irrevocable trust, which was the only source from which the husband could comply with the judgment, could be terminated by husband at any time, was erroneous due to the court’s failure to have all indispensable parties before it.  The trust would have to be before the court joined with the trustee and beneficiaries.

Similarly, in Minsky v. Minsky, 779 So.2d 375 (Fla. 2nd DCA 2000), the appellate court reversed the determination that trust funds are a marital asset and the resulting equitable distribution in a dissolution action.  The trial court incorrectly determined that because the parties had used the trust accounts as marital funds, the funds had “taken on the nature of a marital asset” and awarded the trust funds to the wife.  The appellate court indicated that, in effect, the trial court dissolved the trust created for the children’s benefit and the husband as trustee and declared it a marital asset.  The court held that the trial court does not have jurisdiction to adjudicate property rights of nonparties.

One of the few exceptions regarding non-marital property is that trust assets can be marital in nature and subject to equitable distribution where income was commingled in a trust checking account, along with husband’s earnings from work, in a trust checking account from which the parties’ family expenses were paid.  See Heinrich v. Heinrich, 609 So.2d 94 (Fla. 34d DCA 1992).  The husband not only commingled assets and caused anything purchased with those assets to be marital, he also selected, monitored, and traded periodically the trust’s stock portfolio allowing appreciation of this non-marital asset to be a marital asset.

Juliano v. Juliano, 991 So.2d 394 (Fla. 4th DCA 2008) held that a trial court does have the authority to identify all marital liabilities and designate which spouse shall be responsible for each liability; however, a trial court cannot, in a dissolution proceeding, “adjudicate property rights of a non-party.”  In this case, the non-party was the August B. Juliano Family Trust (created prior to the marriage of the parties) where former husband was the trustee and grantor of the Trust and his four children from a prior marriage were named as beneficiaries along with any children the parties might have.  The trial court awarded the non-party Trust a judgment interest against the sale proceeds of the former wife’s homestead property, a decision the appellate court reversed.  The Trust had loaned $400,000 to the parties for purchasing a house and was secured by a promissory note payable to the trust.  The appellate court indicated the debt would have to be allocated to one of the parties rather than awarding the Trust, unnamed party, the $400,000 from the sale of the home.

Equitable distribution in a divorce can be a complex and confusing process and you need an experienced Jacksonville family law attorney to assist you.  Contact the Law Office of David M. Goldman, PLLC for a consultation.