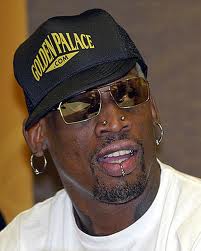 As a Child Support Attorney I see cases similar to Rodman’s all the time. Although, many cases do not involve back child support and spousal support in the amounts claimed above. In Ponte Vedra, Florida Judges take non-payment of child support very seriously. However, these Ponte Vedra Judges are restrained by the law and can only order jail time in very limited circumstances.

For instance, to put a non-paying parent in jail a Ponte Vedra Judge must:(1) find that the parent is willfully failing to pay the ordered child support amounts, (2) make the affirmative finding that the non-paying parent possesses the ability to comply with the purge amount and (3) put the above two requirements in a written order.

You may ask what exactly is a purge amount. Well, as a Ponte Vedra Child Support Attorney I know that a purge amount is an amount of money that must be paid toward child support arrearages in order to avoid going to jail for contempt of a support order. Because punishment is not the purpose of civil contempt proceedings, a Ponte Vedra Judge must allow the contemnor (person in arrears of ordered support) an opportunity to “purge” himself or herself of contempt.

If you don’t want to end up in a similar situation as Dennis Rodman but live in the Ponte Vedra, Florida or St. Johns County area, contact a Ponte Vedra Child Support Attorney today to schedule a free consultation. Offices in Jacksonville and Jacksonville, Beach.