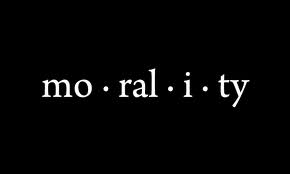 Morality clauses used to be popular in the South. These clauses were included in a Judge’s divorce order and usually required one or both of the divorcing parents to take some action (or refrain from taking some action). For example, a common morality clause was to require that a woman not have any male overnight guests unless that person was a direct relative or married to the woman.

Nowadays, these clauses are less common and extremely difficult to enforce. While you and your former spouse may agree to include such a clause, the court will not likely enforce it. If your divorce had a morality clause and you are trying to gain custody of your child because your former spouse violated the terms of the clause, the court will not likely enforce the clause based simply on the fact that the other party violated its terms. Instead the court will focus on whether or not the child was actually harmed by the overnight guest (or any other violation of the clause).

Courts have stated that they consider the child’s (or children’s) welfare more than anything else in a custody proceeding. So, if you cannot show that your former spouse is endangering your child’s welfare, the court will not likely uphold a morality clause.

However, nothing is preventing you from including such a clause in your request for divorce (however, most courts require both parties to consent to such a clause). If you are filing for divorce, or seeking to enforce a morality clause, contact a Florida Family Law Attorney.