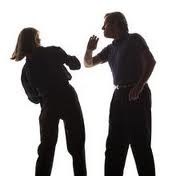 The case of Oettmeier v. Oettmeier, 960 So. 2d 902, (Fla. §2d DCA 2007), speaks directly on this topic. In this case the wife sought a domestic violence injunction against her husband. Said injunction was granted by the Circuit Court. The husband appealed and the Second District Court of Appeals held that competent, substantial evidence did not support the finding that the wife had an “objectively reasonable fear of imminent domestic violence”. The case holds that if fear alone is the “reasonable cause” alleged to support the injunction, then not only must the danger feared be imminent but the rational for the fear must be objectively reasonable as well; absent this objective reasonableness, the Petitioner’s belief is unsubstantiated speculation that does not support the entry of an injunction.