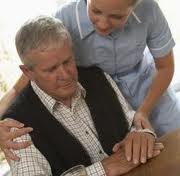 Say it isn’t so. A recent story in the American Bar Association Journal reports that an attorney in practice for over 30 years has been disbarred for helping a Ward “Will” 5 million to the attorney’s wife.

A Florida Guardian is appointed by the court to make personal and financial decisions for a minor child or an adult who is either physically or mentally incapacitated. The subject of the guardianship is called a “ward”.

In many instances a family member, or close personal friend petitions the court for a guardian to be appointed. However, there are times when an incapacitated person has no family or friend willing or able to act as guardian. In this case, either an attorney or a professional guardian will be chosen. In either instance, a Ward by virtue of being either incapacitated or a minor, is often easy prey for an unsavory guardian.

If you or someone you know is being taken advantage of, or is troubled by behavior exhibited by a guardian to their ward, it is advisable to talk with a Fleming Island Guardianship Attorney. There are several possible remedies available to remove and replace the existing guardian.

It is also advisable for people who may be in the early stages of a debilitating and incapacitating illness or disease, to consult with an attorney about preparing a Pre-Need Guardianship document. A Pre-Need Guardianship enables one to choose and select the person they would want making their personal and financial decisions, in the event they are unable to make their own decisions.