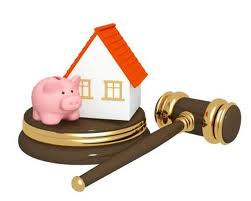 In Mitchell v. Mitchell, 841 So.2d 564 (Fla. 2ndDCA 2003), the husband owned a Tampa Carrollwood home prior to the marriage and kept it titled in his name so it was nonmarital property.  The trial court found that the home had been enhanced due to marital funds and efforts. Typically, the enhancement in value of a nonmarital asset resulting from either party’s nonpassive efforts or the expenditure of marital funds is a marital asset.  The appellate court found that such enhancement in the Mitchell case was negligible.  They performed primarily cosmetic or maintenance-related improvements, such as wallpapering.  The most important factor in the increase in the value of the property was passive market appreciation, about 5 to 6 % annually.  This produced a market value of $185,000.  The appellate court found that where the increase in market value is attributable to inflation or “fortuitous market forces,” the expenditure of marital funds on the nonmarital asset does not transform the appreciated asset into marital property.  However, an increase in equity due to the use of marital funds to pay down a mortgage balance is a marital asset subject to equitable distribution.  The appellate court found that the wife’s interest in the home was limited to her one-half share of the amount by which the mortgage was reduced with marital payments.

The husband in Mitchell also had 41 acres of unimproved land in North Carolina that was solely titled in his name alone throughout the marriage.  The circuit court characterized the entire appreciation in the value of the nonmarital North Carolina property as a marital asset subject to equitable distribution despite the fact that the appreciation was entirely attributable to passive inflation.  As in the case of the Carrollwood home, this was error according to the appellate court.  It was undisputed that the property was unimproved.  It had no sewer, septic, electric, or water connections.  The record showed that the parties used marital funds to pay mortgage payments, taxes, and a road assessment fee. The increase in the husband’s equity due to the use of marital funds to pay down the mortgage was a marital asset to be divided between the parties. Otherwise, the North Carolina property was found to be husband’s nonmarital asset.

Contact a Jacksonville divorce lawyer to discuss your rights and options under Florida divorce law.  The Law Office of David M. Goldman, PLLC provides a consultation with an experienced divorce attorney to assist you in questions about assets in a divorce.