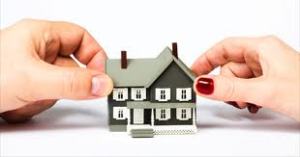 In Nelson v. Nelson, 206 So.3d 818 (Fla. 2nd DCA 2016), a husband and wife transferred an out-of-state home to an irrevocable trust that had the wife as sole trustee.  The appellate court ruled that because the husband waived all right to alter, amend, modify, revoke, or terminate the trust, and the trust instrument did not contain a provision dissolving the trust upon divorce, the trust was irrevocable.  The court ruled that the out-of-state home was not marital property subject to equitable distribution in a divorce.  Neither the wife nor the beneficiary daughter had applied for modification or revocation of the trust, so the court could not dissolve the trust.

This case illustrates an example of how property can be classified in a divorce.  When the husband bought the out-of-state property and jointly titled it with his wife, the home became marital property.  When the husband transferred the home to the trust, it ceased being marital property and became non-marital.  In addition, the Nelson court cites to Hansen v. Bothe, 10 So.3d 213 (Fla. 2nd DCA 2009) regarding the Former Husband’s Trust instrument not containing a provision dissolving the Trust upon divorce.  In Hansen, the court held that divorce of husband and wife who were co-settlors and co-trustees of a revocable trust, did not terminate the trust even though wife relinquished any rights she had under the trust as part of the divorce.  The trust in Hansen contained no provision terminating it upon divorce of co-settlors, and the trust explicitly provided for replacement trustees in the event the original trustees ceased to serve.

Florida Statute § 736.04113(1) states that upon the application of a trustee of the trust or any qualified beneficiary, a court at any time may modify the terms of a trust that is irrevocable, if:

Once an application is made, the court “shall consider the terms and purposes of the trust, the facts and circumstances surrounding the creation of the trust, and extrinsic evidence relevant to the proposed modification.”

In Nelson, the Former Husband argued for the trial court to modify the Trust to reach the assets of the Trust pursuant to this statute because of the divorce and the court declined.  In addition, neither the Former Wife in Nelson, who was trustee and beneficiary, nor her beneficiary adult daughter did not file an application to request modification or termination of the Trust.  The court indicated that because no application was made by trustee or beneficiary requesting modification or termination, the trial court had no authority to modify the Trust and reach the out-of-state home which was an asset of the irrevocable trust.  The Nelson court stated, “[t]ransferring the home into the Trust placed the home beyond the trial court’s reach for purposes of equitable distribution.”  The court did state that the statute did not abrogate the trial court’s common law authority to modify or terminate an irrevocable trust, and one common law way to modify an irrevocable trust would be with the consent of the settlor and all beneficiaries.  See Peck v. Peck, 133 So.3d 587, 591 (Fla. 2nd DCA 2014).

The equitable distribution of assets can be assessed by an experienced Jacksonville Florida Asset Protection lawyer or Jacksonville Divorce Lawyer.  Contact the Law Office of David M. Goldman, PLLC for a consultation.