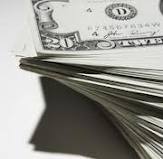 At the Law Office of David M. Goldman, PLLC, we have experienced Jacksonville divorce lawyers that can help you with the divorce process and help you reach the best results under your circumstances. Call us today for a free consultation.