The Issue if Non-Payment and What to Do About It 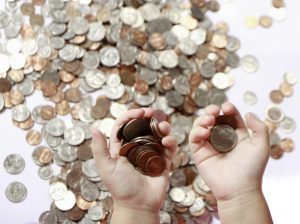 After the it has been proved that there is a valid child support order and the required payments have not been made, the burden then is on the parent that failed to pay support to prove that he or she does not have the ability to pay the required support. There isn’t necessarily a burden placed on the receiving parent to show that the other parent CAN pay. The ability to pay is presumed based on the issuing of the original support obligation.

For example, in the case of Herrera v. Sanchez, the Father was required to pay $180 in child support every two weeks. When he failed to make the payments as ordered, the mother filed a contempt motion. The father was ultimately found in contempt, but the contempt order was overturned on appeal, because the evidence did not show that the father had the ability to pay the ordered amount, even though the court felt that the father was employed below his ability. For contempt purposes, the father was unable to pay. The court went on to state that the appropriate thing for the trial court to do was to order the Father to seek more substantial employment. In the event he failed to do so, the Father could be held in contempt for not following the court’s direction. However, where the actual final ability did not make him capable of paying, he could not be held in contempt for failing to pay.

At the Law Office of David M. Goldman, PLLC, we have experienced Jacksonville child support lawyers that can help you find your way through the complicated legal process. Call today to schedule a free consultation.