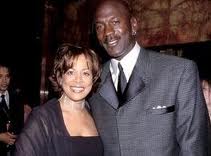 Ever wonder how much some celebrities have paid their spouses in their divorces? As an Amelia Island Divorce Attorney I know I have. See listed below the 10 most expensive celebrity divorces:

8 – Paul McCartney and Heather Mills finalized their divorce in 2008. Heather walked away with $48.6 million

4 – Melissa Mathison and Harrison Ford in 1998. The couple split in 2004 and Mathison walked away with $85 million

3 – Amy Irving and Steven Spielberg meet Princess Diana in 1985. Amy and Steven split in 1989 and she left the marriage with $100 million

2 – Neil Diamond and Marcia Murphey in 1975. the couple split in the ’90s and Marcia left the marriage with $150 million

You may not be as wealthy as the above listed celebrities but I’d bet you still don’t want to lose a substantial amount of money in your divorce. If so, contact an Amelia Island Divorce Attorney today to schedule a free consultation.