According to Florida law, “It is the public policy of this state that each minor child has frequent and continuing contact with both parents after the parents separate or the marriage of the parties is dissolved and to encourage parents to share the rights and responsibilities, and joys, of childrearing.”  Simply put, people are expected to co-parent, meaning that they act as if they are still together, at least as far as it relates to the children.  This idea can sometimes get lost in the mix of things.  As a Jacksonville family lawyer and divorce lawyer, I have found that some of the biggest issues in family and divorce cases come from people’s emotions getting the better of them.  Spite can mix with anger and other emotions and lead to parents making irrational decisions concerning the parties’ children.  Way too often these irrational decisions manifest in a lack of co-parenting between parties.  The state’s policy is that each parent will have the right to spend quality time with the children, the right to participate in the lives of the children, and be part of major decisions affecting the children.  Even more important than the parents’ rights is the children’s well-being and best interest.  Having both parents involved in a child’s life is normally the best thing for him or her. 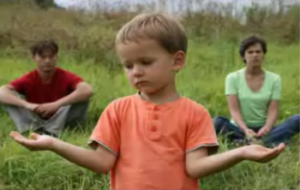 When a father and mother are properly co-parenting that means they are each doing what is necessary to make the lives of the children and the success of the children their number one priority.  They are working together to ensure that the children’s best interest are always put first. Simple courtesies must come from both sides, because things will arise that make it necessary for accommodations to be made for and by each parent.  For example, if a parent is running late to pick a child up for visitation, if the parenting that is waiting with the child doesn’t give a reasonable amount of extra time, this could cause issues.  When the parents don’t get along, they don’t co-parent well, and what happens a lot of times is the waiting parent won’t allow the late parent to pick the child up due to being late.  This is not successful co-parenting.

Other than being the right thing to do for the children’s sake, the willingness of the parents and their ability to successfully co-parent is something that courts will take into consideration when making decisions about custody and timesharing during a divorce or timesharing modification AND, it will be considered afterwards, if contempt proceedings come about. Parents lack of co-parenting after a parenting plan has been put into place will continue to cause issues and create more litigation, because the parent that feels wronged will sometimes file a Motion for Civil Contempt.  Contempt actions are all about a person not doing something that the judge has ordered.  Here, if a parent is not cooperating or following the parenting plan, he or she could be found in contempt and have sanctions, such as fines, imposed.