The need for emergency pick up orders can be brought about for various reasons.  A couple of the most common reasons I’ve encountered in my practice as a Jacksonville family lawyer are appropriate to set the stage.  Families made up fathers, mothers, and children where the parents were never married are common.  When these families split, there are less issues to address than in an actual marriage, but the most important issue still remains– the children and how time will be split between the parents while continuing to raise them together.  Under Florida law, the mother is the natural guardian of a child born out of wedlock.  A father’s signature on a birth certificate creates a legal presumption that the father is, in fact, the father, but does not give automatic rights to the father for visitation.  Visitation rights, referred to as “time sharing” must be established by the court with a parenting plan approved by the court. 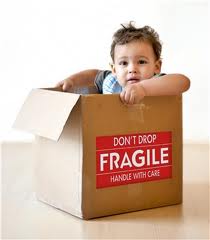 I have found that most couples split without going to the court and filing paternity actions so a parenting plan can be established.  They attempt to sort out visitation without family lawyers and without judges.  This can work, but there are issues that can become thorns for the parents.  Two common issues I encounter as a Jacksonville family lawyer are: (1) one parent refuses to send a child back after the child has been with the other for time sharing; and (2) one parent believes that the child is in some sort of danger while in the care of the other parent and wants the court to help reclaim possession of the child.  Of course, these issues can arise even when a parenting plan has already been put in place, but resolving the issues is easier when there is an established case and a parenting plan in effect.  Note that there are different variations of scenarios that include couples that were once married and couples that were never married; however, the general principles are the same.

For example, when a child has not been returned to the mother after a weekend visit with his father, what are the mother’s options for reclaiming her child?  Or, what can a parent do to have his or her child quickly removed from a bad situation with the other parent that has placed the child in danger?  The first step would be to file a motion for an emergency pickup order.   Emergency pick up orders to claim or reclaim possession of a child are reserved for just a few instances.  Before a judge will sign an emergency pickup order, there must be an incredibly pressing matter at hand. Typically, there are emergency pickup orders granted in situations where there will be “blood in the streets” if the court doesn’t act immediately.  In these instances, a child must be in danger of facing imminent harm, unless the court acts to remove the child from the current custody of the party that may endanger the child. The other circumstance where an emergency pick up order is appropriate is where a parent that is supposed to have possession or custody of a child has been blocked or prohibited in some sort of way from exercising time sharing.  In the instance of unmarried parents, the mother is the natural guardian of a child under Florida law.  She has rights to custody that are above the father or anyone else, unless a judge says otherwise in some sort of judicial proceeding.  In this scenario, the court will enter an emergency pick up orders, as appropriate.

For more information on emergency pick up orders, contact the Law Office of David M. Goldman, PLLC today for a free initial consultation.