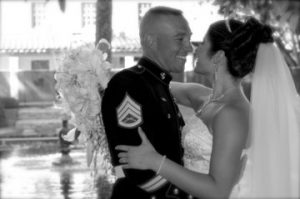 The Uniformed Services Former Spouses’ Protection Act (USFSPA) allows Florida courts to distribute military retired pay to a spouse or former spouse and provides a method of enforcing these orders through the Department of Defense. The marriage does not need to have lasted 10 years for the spouse to acquire a share of or interest in the military spouse’s retired pay.  However, the military couple must have been married to each other for 10 years or more during which to the military spouse performed at least 10 years of military service creditable towards retirement eligibility (the 10/10 Rule) to receive a direct payment from the DFAS (Defense Finance and Accounting Services).

The USFSPA does not automatically entitle a former spouse to a portion of the military spouse’s retired pay. A former spouse must have been awarded a portion of the military spouse’s retired pay as property in their final court order (which can be a final decree of divorce, dissolution, annulment, and legal separation, and court-ordered property settlements incident to such decrees). The USFSPA also provides a method of enforcing alimony and child support arrears awarded in the court order. See 10 U.S.C. § 1408. Section 1408(h) of the USFSPA provides benefits to a former spouse of a member who, as a result of the abuse of a spouse or dependent child, loses the right to retired pay after becoming retirement-eligible due to years of service. A former spouse may enforce an order dividing retired pay as property under this Section if the special requirements of Section 1408(h) are satisfied in addition to all the regular requirements of the USFSPA. The right to payments under this Section terminates upon the remarriage of the former spouse, or upon the death of either party.  Section 1408(h) also provides for the enforcement of a court order awarding child support to a member’s dependent child, where the dependent child’s other parent died as a result of the member’s misconduct.

A property award of retired pay must be expressed as a fixed dollar amount or a percentage of disposable retired pay (gross retired pay less allowable deductions). If the parties are divorced while the member is still on active duty, the former spouse’s award may be expressed by an acceptable formula or hypothetical retired pay award. An award of a percentage of a member’s retired pay is automatically construed under the USFSPA as a percentage of disposable retired pay. A Qualified Domestic Relations Order is not required to divide retired pay as long as the former spouse’s award is set forth in the pertinent court order. The National Defense Authorization Act (NDAA) of 2017, in Section 641, signed by the President on December 23, 2016, amended the definition of disposable pay in the USFSPA, 10 U.S.C. § 1408. For Divorces entered after December 23, 2016, (in a case where the order becomes final prior to the member’s retirement) the military member’s disposable income is limited to “the amount of basic pay payable to the member for the member’s pay grade and years of service at the time of the court order” and increased by the cost-of-living amounts granted to military retirees from the time of the divorce to the date the member retires.

You need an experienced Jacksonville family law attorney to navigate the USFSPA and the 10/10 Rule. Contact the Law of David M. Goldman, PLLC, to get helpful assistance and solid legal advice.