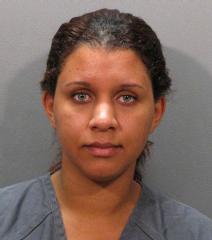 If you live in Jacksonville, you’ve likely heard of Cristian Fernandez, the 12-year-old charged with first-degree murder of his 2-year-old brother. You may also have heard that Cristian’s mother, Biannela Susana, is being charged with negligent homicide. It is alleged that Ms. Susana was not at home at the time of the attack and, upon arriving home, waited two hours before taking her child to the hospital so she could look up care symptoms online. This delay in care is what spurned the negligence charges against her.

Ms. Susana would also lose custody of Cristian, who would be assigned a guardian ad litem for his criminal court hearings. A guardian ad litem is a non-attorney volunteer who is appointed by the court to act on behalf of a child who has been removed from parental custody. The guardian attempts to act in the child’s best interests in all matters before the court.

Child custody issues are difficult and often require extensive time and effort. If you are going through a custody issue, you should call a Florida Family Lawyer to help you answer your questions.