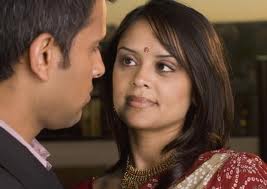 As a Jacksonville Beach Divorce Lawyer it is interesting for me to see the stark differences in the divorce laws here in the U.S. and those in India. Such differences are not surprising given the difference in cultural norms and societal expectations in Florida and India. This is not a topic I just started thinking about one day, instead; I read an article through the New York Times titled, “For Indian Women, Divorce Is a Raw Deal.” The article, written by Pamposh Raina delves into how Indian law is biased against divorcing women and how this soon may be changing. Some of the differences between Florida’s divorce laws and India’s are as follows:

Currently, in India there is a six (6) to eighteen (18) month “cooling off period” before a divorce will be granted. However, in Florida the “cooling off period” can be as little as twenty (20) days. Specifically, Florida courts require there be a minimum of twenty (20) days between the filing of a Petition for Dissolution of Marriage to the entry of a Final Judgment of Divorce.

In India Men have more access to the legal system than women. Whereas, in Florida both men and women have equal access to the courts.

India’s divorce laws may soon be changing. Some in India’s government are currently looking to make laws friendlier to help unhappy couples get divorced faster. Specifically, changes want to be made to provide “irretrievable breakdown of marriage” as a new ground for divorce. This in turn would potentially decrease the “cooling off period.”