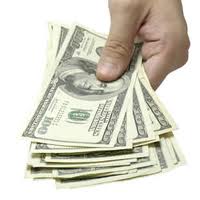 In Florida, if a parent does not pay their court ordered child support they could likely find themselves behind bars. However, it has been my experience, as a Jacksonville Child Support Lawyer, that the court sees imprisonment for non-payment of child support as the last alternative.

For instance, to put a non-paying parent in jail the court must:(1) Find that the parent is willfully failing to pay the ordered child support amounts, (2) make the affirmative finding that the non-paying parent possesses the ability to comply with the purge amount and (3) put the above two requirements in a written order.

You may ask what exactly is a purge amount. Well, A purge amount is an amount of money that must be paid toward child support arrearages in order to avoid going to jail for contempt of a support order. Because punishment is not the purpose of civil contempt proceedings, a court must allow the contemnor (person in arrears of ordered support) an opportunity to “purge” himself or herself of contempt.