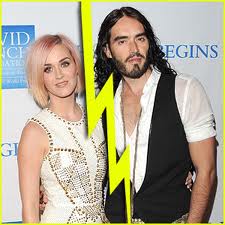 I stumbled upon an article that I thought was pretty funny earlier the other morning. The article on 923now.radio.com was titled, “Should Russel Brand Ask For Spousal Support?”

As a Jacksonville Family Law Attorney, who deals with divorce and spousal support (alimony) constantly, I know that if Brand and Perry’s divorce was in Florida neither party would have a great chance at being awarded alimony.

When deciding whether to grant alimony in a divorce case, Florida courts consider many factors, including the length of the marriage, the spouses’ employment prospects, the age of each party, their standard of living, their marital contributions, their available income and assets, and the fairness of the situation.

It would be hard to convince a Florida Judge that Russel Brand is in need of alimony when he racked in between 6 and 8 million dollars over the term of the couples 14 month marriage. This is true even though Katy Perry brought in an estimated 45 million during the term of the marriage.

If you are unlike Russel Brand and actually need alimony in your upcoming divorce contact a Jacksonville Family Law Attorney today to schedule a free consultation.