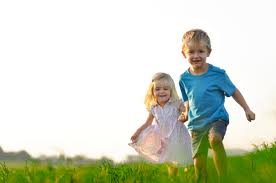 As a Jacksonville Family Law Attorney, I am often asked whether a child timesharing order can be modified after a divorce. In short, yes, parents can change their timesharing agreement. However, if the parents do not agree about the modification, the standard under Florida Law is often difficult to satisfy.

If a parent wants to change an existing timesharing agreement and the other parent will not agree to the change, he or she must petition the court to modify it. Generally, a Jacksonville court will allow a modification if the parent asking for the change can show that there has been a “substantial change in circumstances.” Some examples include a geographic move or a change in lifestyle.

If a majority timesharing parent makes a significant move, or a move that will seriously disrupt the stability of a child’s life, the move may qualify as a substantial change in circumstances and warrant a modification of the timesharing agreement. Additionally, if substantial changes in a parent’s lifestyle threatens or harms a child, a modification to the timesharing agreement may be granted. Florida courts use the “best interest of the child” as a guiding principle when making timesharing decisions. This principle trumps all other factors when making any kind of timesharing decision.

A Jacksonville parent wishing to change a timesharing arrangement under a divorce decree or paternity order has a heavy burden to satisfy. In these cases, it is essential to retain a knowledgable family law attorney. If you have any questions about specific circumstances, contact a Jacksonville Family Law Attorney today.