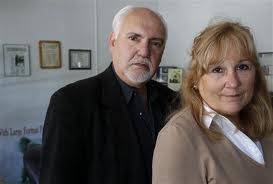 The modification of alimony is a subject that has gathered much attention recently. Much of this attention can be credited to a Massachusetts man named Steve Hitner. In 1999 Hitner was ordered to pay $865 a week in permanent alimony, however; after September 11, 2001 Hitner’s business crashed and he returned to court to have the payment lowered. The Massachusetts court denied his request for a reduction and even ordered his new wife to help with the payments.

Frustrated, Hitner decided to take action and organize a group called Mass Alimony Reform. Through Hitner’s efforts and those of many others Massachusetts revised the state’s alimony laws on March 1, 2012. The new Massachusetts alimony law does not do away with alimony. To the contrary, alimony is awarded more like child support, with guidelines based on the length of the marriage and the income of the parties. And there is room for exceptions and judicial discretion.

Hitner’s efforts and accomplishments have spawned those by others across the nation. The States of Florida, New Jersey, Connecticut and Oregon are all seeing movement towards similar alimony reform. Florida has a similar organization to that created by Hitner called Florida Alimony Reform.

Permanent means exactly that, PERMANENT. The obligor ex-spouse pays the ordered alimony until such time the obligee ex-spouse remarries, dies or the judgment is otherwise modified.

Many Florida residents are not all that keen on Florida Statute 61.08, and therefore; are proponents of Bill 549. Bill 549 would rename permanent alimony to long-term alimony and would further have alimony not last beyond 60% of the length of the marriage.

If you’re considering divorce and are concerned about your potential alimony obligation contact a Jacksonville Family Law Lawyer today.