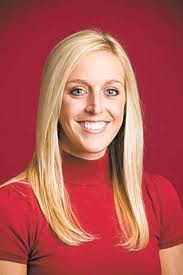 Unfortunately, we see all to often in news headlines our favorite sports stars getting caught cheating on their spouse. Just recently Arkansas’s head coach, Bobby Petirno, was released from his position for being caught with his mistress and fellow school employee, Jessica Dorrell. Thus, it’s not surprising that bleacherreport.com posted an article listing the 30 Most Infamous Mistresses in Sports. Some of the players/mistresses on the lineup include:

You may not be a famous sports figure or a spouse of one but you may be wondering how adultery could affect a divorce in the Jacksonville, Florida area. Well, Florida is a “no fault” divorce state. This means that either spouse may seek a divorce without showing cause for the desired separation. The petitioning spouse does not have to claim that the other spouse was the cause of the failed marriage.

The spouse seeking a divorce has the option to simply claim the marriage is “irretrievably broken.” Generally, Florida courts and courts in the Jacksonville area are not concerned with which party played the greater role in causing the divorce. Jacksonville Judges do not need to know why the marriage is ending, they simply need to know that it is irretrievably broken and counseling would not help salvage it.

As a Jacksonville Divorce Attorney, I am often asked how a cheating spouse factors into a divorce in the Jacksonville area. While adulterous conduct does not factor into the court’s decision to grant a divorce, it can impact other important issues raised in a divorce. What other issues?

In child custody battles, a Jacksonville court considers the “moral fitness” of a parent seeking custody. Evidence of adulterous conduct can lower a party’s level of “moral fitness,” and decrease his or her chances of receiving custody. However, it is not an absolute bar to child custody. Often times, a larger impact will be whether the adultery had an adverse impact on the child.

Additionally, Florida Law stipulates that adultery is a factor to be considered in determining the amount of alimony awarded. In short, a higher frequency of adulterous conduct by a cheating spouse can lead to a larger amount of alimony he or she will have to pay. However, this really only comes in to play if the cheating spouse used large amounts of marital funds to further the affair.

If you are contemplating a divorce in the Jacksonville, Florida area or have concerns about the impact of adulterous behavior on your divorce, contact a Jacksonville Divorce Attorney today!