Planning for the future in any given situation will produce a better outcome than not having a plan.  Marriage and divorce are no exception.  Having a plan is important for people of all ages, but people who marry later in life normally have more reason to plan properly.  Those entering into marriage later in life are normally more financially equipped than their younger counter parts and often have children already.  This is important, because leaving property behind for your children could be affected by  a subsequent marriage and/or divorce.  There are many planning documents that are helpful to have.  Two documents that will help make things  a bit simpler later down the line for married couples are: (1) a prenuptial (or premarital) agreement and (2)  a will. 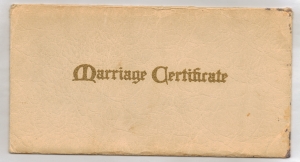 Prenuptial agreements can be used to lay out the understanding between couples on how things will go during the marriage, as well as what happens in the event of a divorce between the parties. Examples of topics to include would be how the couple will handle joint bills and other liabilities. A common method is for the parties to establish a joint checking account that each will contribute to for the purpose of paying household expenses.  All issues that may come about during a divorce proceeding can’t be addressed.  Things like child support and time-sharing (visitation) can’t be controlled completely by a prenuptial agreement, but it makes sense to have as many issues as possible ironed out.  Property  rights absolutely can be determined by a prenuptial agreement, and parties should consider having one in place.

Husband owns a house that he purchased with his first wife.  The house is where his children grew up. He received the house as his after he and the first wife were divorced.  Years later, he marries his second wife.  His second wife also has adult children.  Husband never gets a will prepared, and sadly passes away.  His house will now be left to his wife and his adult children under some circumstances.  The second wife passes away and leaves her interest in he house to her children.  Husband’s children are now sharing the house that belonged to their father and where they grew up with people that probably should have no ownership interest in the house.

There are other planning documents available, but at the minimum, parties should look into these simple ways of helping themselves avoid sources of stress in the future.  At the Law Office of David M. Goldman, PLLC, we have experienced Jacksonville family lawyers and Jacksonville estate planning lawyers that can help you find the solutions that are best suited for your needs.  Call us today at (904) 685-1200.